Over three years after our family's first encounter with head lice (described here) … we had to deal with it again. I admit we had slacked off on the preventative measures. But still, because I write about head lice, I'm hyper-aware of anyone scratching their heads. So we caught it very early.

My youngest child had been scratching her head a bit. When I questioned her, my older daughter said her head itched too. When I looked at their scalps behind their ears and at the nape of their necks, I saw nothing. No nits, no lice. But once I got out the Terminator comb, and combed through my older daughter's hair, there it was—a live bug pulled right out of her hair in the back.

I had unopened enzyme shampoo in my cabinet, so I knew just what to do … use the shampoo to disable the lice and loosen the nit glue, then very carefully and thoroughly comb out the lice and nits. Follow up with repeat combings over a couple of weeks, to make sure everything was caught.

But I decided to go a different route. Because we maintain this site, and professional head lice services were now available in a nearby city, I decided to do some field work. We'd go the pro route, learning about and describing the experience here. We called and made a same-day appointment, and headed off to the city, straight into a branch of a multi-city professional head lice removal service.

In order for the service to be guaranteed, our whole family had to go in for screening. My husband and the boys were checked and cleared immediately. (We keep their hair short.) I was screened and declared lice-free as well. Both our daughters had head lice, but as the technician said, "Not very many … and no big bugs. I'd say they probably got it about the same time, maybe a couple weeks ago."

What happened next? It was pretty similar to what would have happened at home, with some differences. The technician used an enzyme mousse rather than an enzyme shampoo. She saturated the girls' hair with mousse, and combed their hair with the product still in it.

This lady was a pro, so I watched her carefully. With each swipe of the comb, she went from the scalp all the way through to and off the ends. My girls have long hair, so that was a long sweep of the arm. She showed me how she "scraped" along the scalp a little bit at the beginning of each stroke - with the comb angled sharply toward the direction she was combing. "You'll miss the bugs if you don't go along the scalp each time," she explained.

After each pass, once the comb came off the ends of the hair, she would tap the comb on the edge of a Rubbermaid tub about half full of water. Thus I could see strands of hair floating in the tub with nits attached … and bugs thrashing about in the water after they were tapped in. The bugs would all eventually stop moving after they had been in the water a few minutes. I don't suppose they were dead … the tech told me that they weren't … but they were absolutely still. Like they were playing dead.

The professional head lice removal tech used a Terminator comb, just like the one we had at home … handing each girl their own personal comb after the completion of treatment, in a baggie with her name on it, and instructions to get Mom to comb them out daily for one week to make sure everything was caught.

She also gave us both oral and written instructions to comb weekly thereafter, in order to prevent head lice taking hold after any future exposures.

We were spotty on the follow-up. When I had treated my older daughter at home the first time (three years before), I was maniacal about doing a full comb-out every day thereafter. And kept checking her head frequently, long after I was sure everything was gone. I was a little obsessed. Which you really have to be, with head lice, as it turns out … well, not obsessed, but thorough and careful.

This time, I think I felt a lot more relaxed because my daughters had just been treated by professionals, and I'd shelled out $300 for treatment on the two of them. I think I felt like we ought to be home free!


Beware this sense of security.
We did comb twice the following week, and I saw nothing … but the third time we combed, just over a week after treatment, I found a live bug! A small bug. A bug that must have been an egg in a nit, over a week before when we’d gone in for the pro treatment.

Back we went to the professional head lice removal salon in the city … all three of us. Both daughters had a few bugs and nits, and the same lovely technician combed both of them out exactly the same way … minus the enzyme mousse. She dry-combed them, spraying a little mint enzyme spray on their heads periodically.

Why no enzyme mousse? I asked her. "Oh, you don't need that," she said. "That's for when you have a lot of lice. We're just catching the ones that were missed."

Catching The Ones That Were Missed

Here's what I learned through this experience. These pros are experts, so they're very, very fast … and as thorough as humanly possible. They're doing what you could do yourself at home, but because they're experts in constant practice, they do it fast and well.

What they don't do is the follow-up combing. Obviously, you do that yourself. And what I think is clear now, which was not clear to me before, is that some nits will always be missed in that first one-shot treatment process.

After watching how carefully and effectively this tech worked, and how very many times she went over every inch of my daughters' scalps, I think the reason some nits will always be missed is simply that the newest-laid nits must be too small for the Terminator comb to get them. That's all I can conclude.

My girls also have baby-fine hair. This pediculosis document published by the Toronto Catholic School Board states, "Although effective for thick hair, nit combs are useless for the very fine hair of a young child." While I disagree and can personally attest that nit combs are useful in such cases, I suspect they may be less effective, the finer the hair.

So, a pro service, if you can afford it, is great … but remember, they're only doing the first step for you. You still have to follow up with diligent combing. If you don't, you won't be free of lice.

When you comb daily after professional head lice removal, you'll be combing out the viable nits as they become big enough to get caught in the comb. When you do this carefully for a week, you really should get them all, since all viable nits will develop to the point where they get caught in the comb, during that time period. So if done properly, you should never find yourself combing out a live bug.

I'm ashamed to admit that we were STILL not as diligent about daily combing as we should have been, after we went back into the salon for the second combing. It took longer, but we did find another live bug over two weeks later. At that point I understood the problem was our follow-up, not the salon's service, so we didn't go back in. What would be the point, if we weren't going to follow their instructions?

So, remember … success with a pro service is all about careful compliance with their follow-up instructions.

Now, the solution we're all looking for is one where the treatment/service provider kills the lice and the nits too! Then follow-up would still be important to screen for anything missed, but it wouldn't be such an integral part of the process. It would truly be watching for recurrence, rather than an extension of the first treatment (without which extension the treatment does not really succeed).

Lousebuster treatments do kill eggs. I understand that a high percentage of the eggs should be dead after a treatment, but also that the effectiveness depends upon the proficiency of the machine operator. That's why Larada Sciences only leases their machines to trained operators. Professional head lice removal with this machine is offered in most major cities now. So while it’s still important to complete follow-up after a Lousebuster treatment (following the instructions of the service provider) … this method has the advantage of killing many of the eggs.

If I had buckled down to finally do the prescribed daily combing of both girls for a week, as the professional head lice removal tech told me to, and weekly thereafter, I’ll bet our second lice outbreak would have resolved nicely. Just by following instructions and completing the treatment cycle. But we didn’t. In the interests of research for this site, we tried another way. Read the rest of the story on the Licefreee page, if you like. 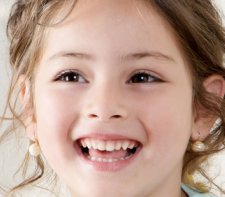 Head lice can be removed safely and successfully. Just stay calm, follow through, make sure all lice and viable nits are gone.